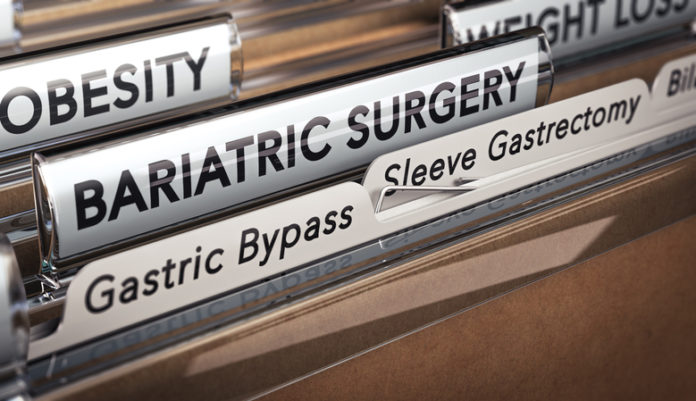 Findings from a study presented at UEG Week 2020 Virtual suggests that bariatric, or weight loss, surgery is associated with significantly lowered risk of pancreatic cancer development in people with diabetes who are obese.

“Obesity and diabetes are well-known risk factors for pancreatic cancer via chronic inflammation, excess hormones and growth factors released by body fat. Previously, bariatric surgery has been shown to improve high blood sugar levels in diabetic patients and our research shows that this surgery is a viable way in reducing the risk of pancreatic cancer in this growing, at-risk group,” Aslam Syed, MD, of the Allegheny Health Network, during the event.

The study looked at 1,435,350 adult patients with type 2 diabetes and a BMI of 35 or greater over a 20-year period. Of this cohort, 10,620 had received bariatric surgery, which assists with weight loss by altering the digestive system. Roux-en-Y gastric bypass and sleeve gastrectomy procedures were both included in the analysis.

Compared with those who did not undergo the procedure, obese patients with diabetes who underwent bariatric surgery were significantly less likely to develop pancreatic cancer (0.32% vs 0.19%, p=0.0179). 73% of patients that received the surgery were female.

Due to low survival rates for progressive disease, preventing the development of pancreatic cancer is critical, explained Dr. Syed. “The average survival time at diagnosis is particularly bleak for this silent killer, at just 4.6 months, with patients losing 98% of their healthy life expectancy. Only 3% of patients survive more than five years,” he explained.

Bariatric surgery has also been found to reduce the five-year risk for breast cancer, ovarian cancer, and non-Hodgkin lymphoma for women, according to a study published in Obesity Surgery earlier this year.