New guidelines released this week that suggest it’s probably not worth giving up burgers and steak to avoid cancer and heart disease highlight longstanding flaws in nutritional research.

The crux of the problem lies in trying to apply recommendations from population-based diet studies with a large number of participants to the individual.

“Based on the research, we cannot say with any certainty that eating red or processed meat causes cancer, diabetes or heart disease,” said Bradley Johnston, an associate professor of community health and epidemiology at Dalhousie University in Halifax.

Johnston co-led the review of dietary recommendations around meat published in the Annals of Internal Medicine journal. He and his fellow researchers reviewed dozens of studies, some of which were based on randomized trials and others on populations of 1,000 or more adults.

The authors sought to gauge the potential impact of reducing one’s weekly red or processed meat consumption by three servings. Currently, the North American average is two to four servings a week.

They found that evidence that reducing meat consumption by three servings a week impacts one’s risk of cancer and cardiovascular disease is uncertain.

“This is not a slam dunk,”said Gordon Guyatt of McMaster University in Hamilton, senior author of the review, in an interview with CBC News.

“What we’re telling people is here’s the evidence. That’s it. … People should be able to make their own decisions on the basis of the evidence and their values and preferences and how nutrition, what they eat, affects their lives.”

For Guyatt, previous reviews based on population studies that informed the current Canada Food Guide aren’t accurate enough to say people should cut down on red meat.

For consumers looking to nutritional science for guidance on how to eat, the many uncertainties and variables, including age, genetics, education levels and access to health services, also confound researchers looking for a clear signal from studies tracking heart disease and cancer rates.

Randomized controlled trials in which people are given certain food and compared against similar people who aren’t exposed to the food are the only way to go beyond mere associations — that is, from “eating red meat might raise cancer risk” to “eating red meat is a cause of cancer.”

While the carcinogenic effects of tobacco are huge and obvious, that’s much harder to see for dietary factors.

That’s even more so when researchers give people questionnaires and ask them to remember what they ate for a week. The answers are “essentially a guess,” said Christopher Labos, a cardiologist in Montreal.

Critics of the review, such as Frank Hu, chair of the nutrition department at Harvard School of Public Health, said there are major flaws with the new analysis.

“From a public health point of view, it is irresponsible and unethical to issue dietary guidelines that are tantamount to promoting meat consumption, even if there is still some uncertainty about the strength of the evidence,” Hu said in a statement.

Hu also said the guidelines are inconsistent with the medical principle of “first, do no harm.” For Hu, it’s irresponsible to tell a patient eating two servings of red or processed meat a day to continue doing so.

Existing recommendations are based on evidence from randomized controlled trials for cardiovascular outcomes and population studies evaluating cancer and Type 2 diabetes risks and mortality for some other conditions, Hu’s Harvard team said.

For Sean Wharton, a Toronto internal medicine specialist focused on obesity and Type 2 diabetes, diets need to be individualized.

“It’s very challenging for anyone to say that this regimen is what you should have for the entire population,” Wharton said. “We’ve always known that intuitively. We’re trying to reduce everything to one answer: you should have red meat or you shouldn’t have red meat. Neither of those are right.”

Rather, Wharton said, go with what’s healthy for you, based on parameters such as cholesterol, blood sugar, being able to move easily and feeling healthy.

Specific dietary regimens are suited to certain patients, such as an no gluten for someone with celiac disease, he said.

As for looking to research for answers, Labos said it is worthwhile to review the evidence because conventional wisdom changes over time.

The problem for those in the field of nutritional epidemiology is they “either need to produce good data or we need to stop arguing about these things.”

“You have to worry about public apathy,” Labos said.

“For example, that one day eggs are good for you and the next day eggs are bad for you. Eventually, the public is going to  say … ‘I’m going to stop listening,’ and that becomes problematic when you want to say something very important.”

For his part, Guyatt said he eschews red and processed meat for animal welfare and environmental reasons. The latest review did not consider those perspectives. 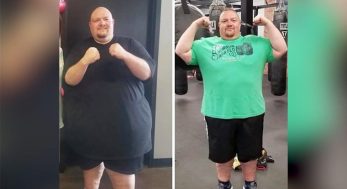 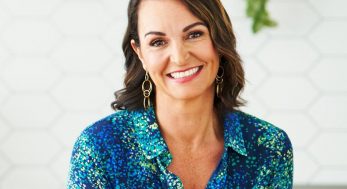 Gut health may be the body’s highway to happiness, say researches – Daily Telegraph