Organic foods are more popular today than ever before. In fact, nearly 3 out of 4 grocery stores in the US now sell organic products.

Here’s a breakdown of what it means for food to be organic, the benefits of eating organic food, and whether it’s truly a healthier alternative to non-organic foods.

What is organic food?

Organic food is a term used to describe any foods that have been grown or bred using organic farming methods. The goal of organic farming is to reduce pollution, promote sustainable farming, encourage animal welfare, and provide safe and healthy foods for us to eat.

In order for vegetables to be certified organic by the US Department of Agriculture (USDA), they must:

For meat to be considered 100% organic, the following USDA requirements must be met:

The benefits of organic food

A 2016 report from the European Parliament concluded that the techniques used in organic farming can improve the health of animals and help prevent disease in humans.

Specifically, the scientific-backed health benefits of organic food include:

A 2014 review found evidence that organic crops have higher concentrations of antioxidants than their non-organic counterparts.

Why antioxidants are so important to your overall health

Antioxidants help to reduce the risk of developing conditions like heart diseases and certain cancers. Here’s how the following types of antioxidants stacked up in organic vs. non-organic crops:

“The meat from free-range animals tend to have healthier fats, like omega 3 fatty acids,” says Michael Dann, MD, a gastroenterologist, affiliated with NY Presbyterian/Weill Cornell Medical Center.”So organic meat, dairy, and eggs could potentially be healthier than their non-organic equivalents.”

Organic food is free of synthetic pesticides, which can be harmful to our health. For example, a 2014 study looked at the effect of exposure to pesticides on pregnant women. Researchers found that a third of the women who lived close to farms where synthetic pesticides were used had an increased risk of giving birth to a child with autism or other developmental disorder.

“With both organic and synthetic pesticides, it’s important for fruits and vegetables to be properly washed to ensure that there are no pesticide residues on them,” Dann says.

Is organic food better for you?

“When it comes to nutritional benefits, there have been arguments for and against organic foods,” Dann says. “But there is a growing body of evidence that does show that there are potential benefits to consuming organic foods.”

But more recently, a  2017 scientific review found evidence that organic food may reduce the risk of allergic diseases — like asthma and sinusitis — and obesity. In addition, research shows that organic farming is better than conventional farming for the environment.

The one universal downside to organic food, however, is that they typically cost more than non-organic produce. For people who would like to eat more organic foods, but are worried about the high costs, Dann suggests buying both organic and non-organic foods as a more realistic solution.

“You should buy a mixture of organic and non-organic foods, especially if the cost is an issue,” Dann says. “Pick what types of organic foods are most important for you to incorporate into your diet. It could be more important to some people to include hormone-free meats in their diet, while others might prioritize eating range-free chicken and eggs, or avoiding fruits and vegetables grown with synthetic fertilizers and pesticides”

What organic foods should you buy?

Choosing organic foods is likely a better option than non-organic, but because organic foods can be expensive, you should be selective when making purchases. If avoiding produce grown with synthetic fertilizers and pesticides is your priority, you should take a look at the Environmental Working Group’s (EWG) “Dirty Dozen” list.

How do I know if my food is organic?

To make matters even trickier, not all foods labeled organic are 100% organic. Here’s what the USDA organic labels on your food mean:

The USDA stipulates that a government-approved certifier inspects the farm where food is being grown, to make sure all the USDA’s organic food standards are met before a product is labeled organic.

Even though some research has questioned the benefits of organic food, it’s never a bad idea for you to buy organic. There’s evidence to show that it contains more antioxidants, healthier fats, and uses less toxic pesticides. It also makes use of farming techniques that are better for the environment.

The major downside to buying organic food is the higher cost. Because of this, realistically, it’s likely best to opt for a mixture of organic and non-organic foods, depending on your priorities and preferences. If your budget constraints make it unrealistic for you to buy organic foods, don’t worry. Fruits and vegetables – whether organic or not – are healthy and even when conventional produce contains pesticide residues, the amounts are low. Whichever type you choose, aim to eat a variety of them daily. 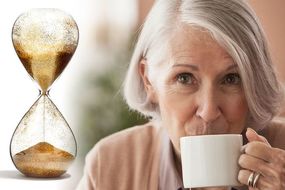 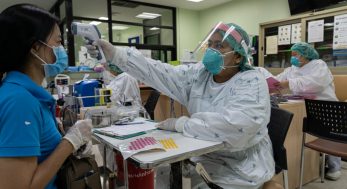 The pandemic has messed up our sleep, eating habits, and mental health, a new study reports – ZME Science