The more we learn about obesity, the more it’s clear that the condition stretches from the brain to the gut and everywhere in between. Because of this, it will likely take more than just thinking carefully about diet and exercise to help people lose weight, and keep it off. New research is pointing towards one way to do just that and, unlike wide-scale lifestyle changes, this one comes in a capsule.

The research was presented on Friday at the Annual European Society for Pediatric Endocrinology Meeting in Vienna, Austria. It hasn’t been published in a journal yet, but you can find the abstract here.

Probiotics have been a buzzword for a few years as people become more acquainted with the gut microbiome, the colony of about one trillion microbes that live in the gastrointestinal tract. We come by most of these microbes naturally, but probiotics are live cultures of bacteria that we can consume, which add to the cast of characters that live in our microbiomes. Now, a double-blind trial from China suggests that adding probiotics to the mix can help obese kids control their weight.

This trial, which included 54 obese children between the ages of 9 and 10, in Fuijan, China, showed that obese kids who received probiotic supplements reduced their BMI significantly more than kids who didn’t get probiotics. Importantly, all the children were on diet and exercise plans.

All together, this suggests the probiotics could be a way of enhancing weight loss for obese patients who want to get a little bit more out of a fitness and diet regimen. In a statement the lead study author, Rui-Min Chen, at the Fuzhou Children’s Hospital of Fujian Province added that probiotic supplementation could be an “an effective strategy for the prevention and treatment of obesity in the future.”

These results are based on a trial in children, so it may be too early to apply them to adults, though there are several papers in the past that have pointed towards the use of probiotics in obesity in adults largely because the microbiome acts as a “gateway” between what food goes into your body, and how that food is processed once it’s on the inside.

Why The Microbiome Plays a Role in Obesity:

In a 2016 review paper published in Nutrition and Metabolism notes that the microbiome appears to play a role in metabolism, and body weight homeostasis. That paper references several mouse experiments showing that when you take the microbiome of an obese mouse, and transplant that into a non-obese mouse, those mice tend to increase their body fat. Studies on humans have also noted that there are key differences in the microbiomes of obese twins people compared to their lean counterparts.

One of those differences seems to be the diversity of bacterial species. The guts of obese individuals tend to be less diverse compared to those of lean individuals.

Ideally, diversity of species in preferable for health in general as Maria Gloria Dominguez-Bello, Ph.D., a professor in Rutgers-New Brunswick’s Department of Biochemistry and Microbiology and Department of Anthropology, told Inverse previously:

“High microbial diversity in the gut is considered a desirable feature of the microbiome,” Dominguez-Bello said. “The reason being that high diversity brings redundancy of functions, and plasticity of the microbiome to withstand impacts, which is known as resilience.”

The idea behind probiotics is that they can help inject an otherwise parochial colony of microbiota with some fresh life. And in Chen’s trial, this seemed to promote weight loss in kids.

What Does This Mean For Adults?

Given the previous research on probiotics and weight loss, this trial is promising for kids, but there are good reasons to be careful about extrapolating these findings to adults right away. That’s because some evidence suggests that the child microbiome is significantly more malleable than the adult one.

For example, in 2018 a small sample of seven Western tourists spent 16 days in the Venezuelan jungle, where they gave up all the comforts of a climate controlled life, and changed their diets dramatically. That study, which was led by Dominguez-Bello found that the microbiomes of the kids who were between four and six years old shifted significantly, whereas the adult microbiomes remained relatively unchanged.

That somewhat more adventurous study echoed earlier results products far from the jungle in American labs — though the kids in the jungle study were on the older side, suggesting that the microbiome still malleable throughout early childhood. Chen’s results didn’t look specifically into the exact composition of the microbiomes in his sample, but his kids were far older, between nine and ten years old, on average.

Once adulthood is reached, the microbiome is relatively stable. However, it’s not immovable.

The microbiome can be altered through lifestyle changes some more dramatic than others, from taking antibiotics, to moving across the world. For example the microbiomes of Hmong immigrants from China, Vietnam, Laos, and Thailand and Karen immigrants from Thailand and Myanmar shifted once they immigrate to the US, and became less diverse in the process.

But the question is still just how much these changes impact the risk of obesity, and whether probiotics can correct course in a meaningful way for weight loss. For kids, trials like Chen’s suggest that the answer is yes. It may prove to be powerful for adults too, but it’s worth waiting to see what other research rolls in before we get too excited.

Methods: This randomized double-blind trial was conducted among obese children aged 6 to 14 years old. They were randomly allocated to receive probiotic capsule (containing Bifidobacterium longum, Lactobacillus bulgaricus and Streptococcus thermophilus) for 12 weeks. All of them were treated with reduced calorie intake and increased physical activity. The anthropometric, inflammatory cytokines, blood lipids and fasting blood glucose, insulin were measured at both baseline and at the end of the study.

>Conclusion: Receiving 12 weeks probiotic supplement can improve body mass index as well as components of the inflammatory and glycolipid metabolism. Additionally, to the best of our knowledge, this is the first study showing the effects of probiotic on lipopolysaccharide binding protein in obese children. 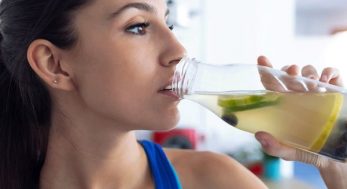 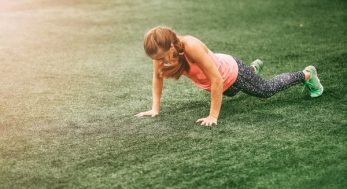