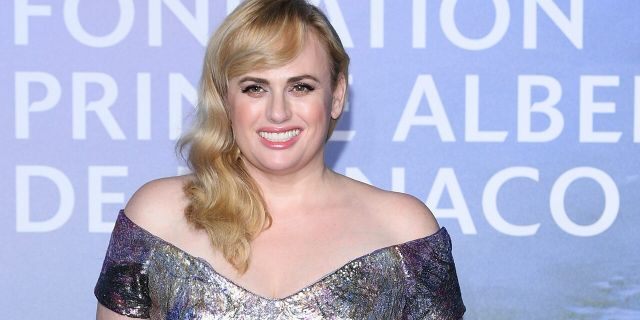 The coronavirus pandemic has changed our lives dramatically — from sheltering in place to being unable to eat inside restaurants.

Some celebrities have used this time to focus on their diet and fitness routines, while others were on a mission to live healthier lifestyles even before the pandemic.

Here are a few stars whose lifestyle resolutions have paid off big time:

In January, actress Rebel Wilson dubbed 2020 as her “year of health.” Since then, the 40-year-old star has been documenting her experience as she changes her diet and incorporates more exercise into her routine.

Wilson has been working with fitness trainer Jono Castano, who recently gave some insight into how the actress is achieving such milestone goals.

Earlier this month, Wilson revealed she’s six pounds away from her goal weight and dubbed herself “Fit Amy,” a reference to her “Pitch Perfect” character

Kelly Osbourne revealed she has shed 85 pounds over the past year.  (Reuters)

TV personality Kelly Osbourne, 35, said she has shed 85 pounds over the past year.

The fashion designer, who has publicly struggled with weight in the past, recently opened up about her weight loss journey.

In August, the star appeared on the “Hollywood Raw with Dax Holt and Adam Glyn” podcast, where she revealed that she went under the knife almost two years ago.

KELLY OSBOURNE REVEALS SHE HAD GASTRIC SLEEVE SURGERY TWO YEARS AGO AMID WEIGHT LOSS: ‘IT’S NOT A QUICK FIX’

“I don’t give a f–k what anyone has to say. I did it, I’m proud of it, they can suck s–t. [I did the] gastric sleeve,” the star shared. “All it does is change the shape of your stomach. I got that almost two years ago. I will never, ever, ever lie about it ever. It is the best thing I have ever done.”

She also detailed the differences between her own procedure — the removal of about 80% of the stomach — and gastric bypass surgery.

“If you don’t work out and you don’t eat right, you gain weight. All it does is move you in the right direction. So, anyone who’s thinking of doing something like this, really think about that,” Osbourne urged. “I had to do a year of stand-alone therapy to prepare myself for the surgery before I even had it. What people don’t realize is it cuts out this hormone that if you have addiction issues, it stops your craving, and it makes you not emotionally eat, which is a huge problem for me.”

She elaborated: “I was sober before, it did help, I don’t crave alcohol at all anymore. All it is is a push in the right direction. It doesn’t solve all your problems. It’s not a quick fix.”

Ayesha Curry, the cookbook author and wife of NBA star Steph Curry, made headlines for her new slimmer figure after welcoming her third child. She dropped 36 pounds during quarantine.

New Jersey-based fitness expert Erin Palinski-Wade, author of “Belly Fat Diet For Dummies,” told Fox News: “Quarantine has certainly been hard on most of us, but being stuck in our homes has brought about some positive benefits.”

“For those who have found themselves with more time on their hands due to the quarantine, many have been spending that time practicing self-care habits such as trying out new home workout routines, transitioning to a more whole food diet with less processed choices, and slowing down to help reduce stress,” Palinski-Wade said.

“For some, working from home has reduced commuting times and stressors, freeing up time for more self-care behaviors. For others, being home and having less restaurant availability has led to getting into the kitchen more and preparing more fresh meals and snacks that are often more nutritious than what you may have ordered out.”

‘Shahs of Sunset’ star Mercedes ‘MJ’ Javid has changed up her lifestyle during the pandemic. (Photo by: Charles Sykes/Bravo/NBCU Photo Bank via Getty Images)

“Shahs of Sunset” star Mercedes “MJ” Javid also changed up her lifestyle during the pandemic and took advantage of her time working from home.

“The positive thing about the pandemic for us has been a really healthy routine with food and exercise. We’ve cut… most, if not all, of the bad food out,” she said on an episode of “The Daily Dish” podcast.

Lisa DeFazio, a nutritionist who hasn’t worked with any celebs, told Fox News she’s seen people adapt to the pandemic in different ways.

“Since March when quarantine really started to get strict here in the U.S., people went one way or the other,” she said. “Many people were drinking more, cooking more and eating more. Quarantine and a pandemic are the perfect storm for emotional and boredom eating and drinking!

“Then you have the other side where people have used this extra time to get serious with diet and exercise. It is the one thing they can control in a time where the world is out of control,” she added. “For some people, controlling their health and exercise eases their anxiety about COVID. For others, eating high-fat foods, baking bread, and drinking alcohol eases their anxiety about COVID and quarantine.  It is human nature to cope in different ways, depending on your personality and circumstances”

“Love yourself at all stages in your life because you are who you are,” Lizzo said, concluding her video. She also shared her workout routine during quarantine, which included weights, indoor cycling and jumping rope.

Jessica Simpson revealed she has lost 100 pounds after the birth of her third child in March 2019. (Kevin Mazur/Getty Images)

Another celebrity keeping up her health routine during the pandemic is Jessica Simpson.

She revealed she has lost 100 pounds after the birth of her third child in March 2019.

Palinski-Wade said Simpson’s success is most likely a product of “focusing on simple habits such as tracking her steps daily to ensure she stays active.”

“When you focus on making small, attainable changes, you can be consistent with them day after day. And that consistency is what will ultimately bring about significant health improvements that will stick,” Palinski-Wade added.