On a recent episode of How To!, Charles Duhigg took on the case of Jeff Leach, an actor and comedian who aspires to be a movie superhero. But is it even possible for ordinary people to get as ripped as Ryan Reynolds or Hugh Jackman? According to Don Saladino, who’s trained both of them, it is. He told Duhigg the most important fitness rules, including some simple exercises he’s used with the stars. Some highlights of their conversation, condensed and edited for clarity, are below.

Charles Duhigg: Are those people just more self-disciplined than I am?

Don Saladino: No, not necessarily.

Duhigg: Do they know something different?

Saladino: No. Listen, everyone fights the same fight. I gotta be honest—a lot of people that I’ve worked with in the past, they struggle with it. They have temptations with food, or they might be tired, and I think it’s just finding that switch. It’s giving them the ability to feel successful every day.

Saladino: If you’re not in that range for a long period of time, hormone levels are going to just start plummeting. Testosterone levels, cortisol levels (the stress hormone in the body)—everything is going to start getting out of whack to burn fat, energy levels, repair, recovery, all that. … When you wake up and you feel great, you want to do more.

Saladino: Your protein source should be roughly the size of your palm, your carb source could be your fist, and your fat source could be your thumb—oils or nuts, seeds, whatever it is. Weight loss is really simple. It’s just about maintaining blood sugar levels. The reason why people crave junk is because they’re undernourishing themselves throughout the day. If I had you eat more calories and I had you eat a balanced diet, you would go into the evening not craving the bread basket or the cookies, or you wouldn’t be overeating pasta. Your blood sugar level would be maintained. Start with three square meals a day: breakfast, lunch, and dinner. Really difficult concept, you know what I’m saying?

Duhigg: Are you rationing back the calories at that point?

Saladino: No, not necessarily. I’ve turned my body into a fat-burning furnace, and if you want a fire to burn hotter, you put wood on the fire. My idea is that you keep your metabolism burning faster and get your energy up so you’re more active, so you burn more calories.

Saladino: Create tension through a barbell, a dumbbell, a cable, a kettlebell, a sandbag—there’s just so many ways to create resistance.

Saladino: No. When you’re lifting a weight, you’re tearing microscopic fibers in that muscle. You might feel pumped from lifting, but that’s a buildup of lactic acid and blood in the muscles, so you have that sensation of having that pump. But when you’re training, you’re actually tearing the muscle down, and the only way that we are able to repair that muscle is through rest and recovery and through nutrition.

Saladino: How do you know they’re taking it seriously? Why do you say that?

Duhigg: They spend a lot of time at the gym.

Saladino: But that doesn’t mean they’re taking it seriously. I know guys that go around, they kill themselves, three to five hours in the gym every day, and they look terrible.

Saladino also recommended a few exercises he’d used to help Ryan Reynolds: duck walks, suitcase carries, and Zottman curls. But he stresses that you can basically do anything you want, as long as you’re working on different parts of your body and you’re not injuring yourself. Consistency is much more important than intensity. If you’re not exhausted after every workout, that’s OK. That’s actually better, particularly if you’re doing that workout every day. You can totally go get a gym membership if you want, and a personal trainer if that helps encourage you. But you also might only need YouTube and a couple of weights at home.

Saladino: The biggest problem right now is that if I hand you a five-week program that Ryan Reynolds did, no offense, you’re not going to do it. I don’t want to get someone in the best shape of their life if they’re miserable. Don’t worry about what Ryan does. Let’s focus on what we can find to allow you to be successful.

To listen to the entire episode, including Duhigg’s training session with Jeff Leach, click the player below or subscribe wherever you get your podcasts. 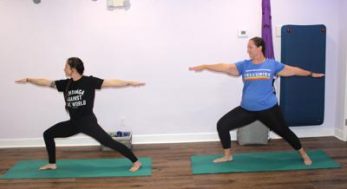 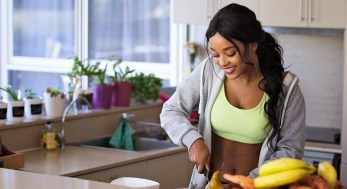 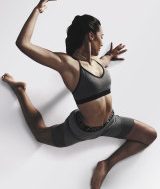