© Adele Celebs from Adele to Pippa Middleton reportedly love the trendy Sirtfood Diet, but can it help you lose weight? Here, experts explain what the diet involves.

In early May, Adele dropped a shocker—but it wasn’t the new album we were ready for (and still waiting for, tbh). Instead, she debuted a totally new look on her birthday, showing off her dramatic weight loss transformation on Instagram while wearing a little black dress.

Though Adele didn’t nod to her weight loss in the post’s caption, she did speak to a fan about her weight loss journey back in January while she was vacationing in Anguilla. According to People, Adele shared that she’d lost about 100 pounds, and while she hasn’t made any public statements about how she’s lost the weight, several sources have claimed that her new lifestyle reportedly revolves around a trendy eating plan: the Sirtfood Diet.

In January, the New York Post reported that Adele had lost 50 pounds by following the eating plan (and her name was originally attached to the diet back in 2016). A former trainer of the star also told The Sun that she believes the changes in Adele’s physique come down to “90 percent diet.”

Thank you for the birthday love. I hope you’re all staying safe and sane during this crazy time. I’d like to thank all of our first responders and essential workers who are keeping us safe while risking their lives! You are truly our angels ♥️ 2020 okay bye thanks x

And Adele isn’t the diet’s only fan. The Sirtfood Diet has allegedly received love from a number of celebs in addition to the “Someone Like You” singer, including Pippa Middleton and famous athletes like former pro boxer David Haye.

The short version: The Sirtfood Diet is said to be rich in foods that contain a particular nutrient that helps trigger genes in the body connected to fat loss and fat storage (more on all this in a minute). And some people say they love it because there are some pretty delicious foods that have these special nutrients (hi, wine and chocolate), so you don’t feel deprived.

But…is the Sirtfood Diet too good to be true? Here’s everything you need to know about the oh-so-buzzy-right-now weight-loss method, with input from nutrition experts Caroline Apovian, MD, director of the Nutrition and Weight Management Center at the Boston Medical Center, and Edwina Clark, RD, head of nutrition and wellness for Yummly.

First, what is the Sirtfood Diet exactly?

The diet comes from the book of the same name. The authors—Aidan Goggins and Glen Matten—of The Sirtfood Diet advise eating mostly foods rich in sirtuins, a type of protein in plant foods. “The eating plan itself is designed to ‘turn on’ the sirtuin genes (particularly SIRT-1), which are believed to boost metabolism, increase fat burning, fight inflammation, and curb appetite,” says Clark.

Early studies suggest that calorie restriction and resveratrol (a polyphenol found in foods like grapes, blueberries, and peanuts), activate the SIRT-1 gene, and these two principles underpin the Sirtfood approach to eating.

What does the plan entail?

The diet lasts a total of three weeks and is divided into two phases.

Once those three weeks are up, there’s no set plan to follow. To continue on the Sirtfood path, all you have to do is tweak each of your meals to include as many Sirtfoods as possible. Exercise is also encouraged (30 minutes of activity, five days a week), but getting sweaty isn’t the main focus of the weight-loss plan.

Though the diet may require you to consume foods you maybe don’t on the regular, the meals aren’t any less tasty. Potential meals you can have while sticking to the Sirtfood Diet include a celery and blue cheese soup, chicken and kale with spicy salsa, and butternut pumpkin with buckwheat. All three of these recipes are found in the The Sirtfood Diet: The Ultimate Sirtfood Diet Book For Beginners, a recipe book for people new to the diet, but you can also grab inspo from other recipe books or research online. The Sirtfood Diet’s website also provides a few meal options, like a baked salmon salad with creamy mint dressing and baked potatoes with spicy chickpea stew.

As for the green juice, which is huge component of the diet, you’ll need to have a juicer handy to make it. Here’s the recipe:

What foods are considered “Sirtfoods”?

Sirtfoods are any food that is rich is the sirtuin protein, which is type of plant-based protein that has shown some promise in clinical studies to improve metabolic health. Sirtfoods include:

You can get a complete list of Sirtfoods recommended on the diet within the book.

So, can you lose weight on the Sirtfood Diet?

The Sirtfood Diet includes many nutritious foods that are beneficial for weight loss, such as celery, kale, green tea, Medjool dates, lean chicken, lean red meat, and parsley, says Dr. Apovian. The diet also restricts or eliminates many foods that could lead to weight gain, such as refined flours, added sugars, and processed foods with little to no nutritional value. And thanks to that ridiculously low calorie intake, followers will likely lose weight provided they stick to the plan, she says.

“Evidence to date suggests that caloric restriction and intermittent fasting can be an effective strategy for weight loss and improving metabolic health,” says Clark. “However, this may not be appropriate for everyone,” she says.

There have been no studies done on humans that examine the Sirtfood Diet’s effects on weight loss and health, but researchers have done studies on the effect of sirtuin proteins in animals. Sirtuins may play a role in slowing down the aging process and extending lifespan, particularly SIRT1 and SIRT6, per a 2014 study conducted on mice.

An older study, conducted on mice in 2004, found that an increase in sirtuin levels led to fat loss. Though both of these studies concluded in promising results, they don’t guarantee that the results would also apply to humans.

Are there any downsides to the Sirtfood Diet?

The long-term sustainability of this plan is questionable. Once you’re past the first few weeks, there’s no eating strategy to follow other than adding more Sirtfoods to each meal. This makes the diet much more flexible than most, which is a huge perk, but a three-week long stretch of deprivation could easily lead to overeating during phase two, ultimately placing you back at square one.

Even if you’re uber-disciplined, this is still a tough diet to follow. “A mere 1,000 calories will leave most people feeling very hungry,” says Dr. Apovian. And if you’re not a fan of green juice, a staple of the first week, that will make you even hungrier, she says. Also, since most of the weight loss in phase one is water weight, it will come right back on once you resume normal eating, she says.

According to Men’s Health, eating fewer calories can come with its own troubles. If you’re not used to eating less throughout your day, you may also experience fatigue, nausea, impaired mental focus, and headaches.

Plus, following any diet that doesn’t include a healthy amount of protein (e.g., during the first week of the Sirtfood Diet), may result in muscle loss and a slower metabolism, says Dr. Apovian, making it harder to manage your weight. To lose weight and keep it off, building muscle through eating plenty of protein and working out with weights is paramount.

On top of all that, research on SIRT-1 activating foods is still very much in its infancy, so it’s unclear whether consuming polyphenol-rich foods has a substantial impact on weight in everyone. “Weight is a multi-faceted concept, involving complex interactions between our unique genetic makeup and our diet, movement patterns, sleep habits, and emotional state,” notes Clark.

Ultimately, eating a diet rich in a variety of healthy foods, including lean protein sources, different fruits and vegetables, and whole grains is a healthier, more sustainable way to lose weight and keep it off, says Dr. Apovian.

The bottom line: The approved foods in the Sirtfood Diet are low in calories and high in nutrients, which is great for weight loss. However, this particular diet may be restrictive and tough to maintain. Talk to a doc you trust about whether the plan is right for you before starting it.

Try 200+ at home workout videos from Men’s Health, Women’s Health, Prevention, and more on All Out Studio free for 14 days!

Gallery: 8 Warning Signs You’re Eating Too Many Carbs (Eat This, Not That!) 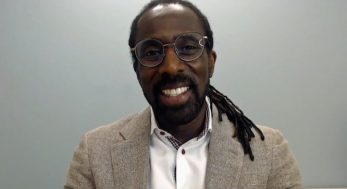 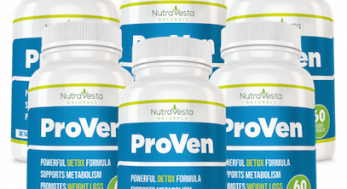