This is part of a series from CBC’s Information Morning where Halifax health-care consultant Mary Jane Hampton discusses her “health hacks” — ways to make your experience with the health-care system better.

When you’re given medication at the hospital, always ask the nurse to repeat what it’s called and why you need it. That’s the best way to avoid a mistake that could make you sicker, says health-care consultant Mary Jane Hampton.

Research shows one in 18 Canadians admitted to hospital are harmed due to a preventable mistake, often in how medication is administered.

Asking what kind of medication you’re being given, even if you’re familiar with it, “will force the nurse to do a double check” and make sure the five rules of safe medication dispensing are being followed, Hampton said.

Mistakes can be easy to make, Hampton said. A nurse might grab the wrong medication off the shelf or the decimal point is put in the wrong spot “so you end up with 10 times the amount of the dose that was required.”

Advice on how we can protect ourselves against a common kind of medical mistake. 6:23

While patients used to spend a week or more recovering in hospital after surgery or a serious illness, that’s no longer the case.

“You can be discharged from hospital literally hours after receiving surgery, and complex instructions are being given to you when you are already feeling foggy and disoriented,” Hampton said.

She said medication errors when patients get home are a leading cause for readmission to hospital. 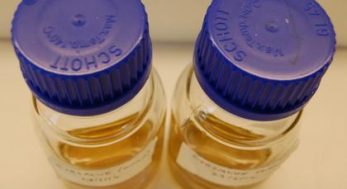