One of the 100 odd human papillomaviruses (HPV) can cause an ugly growth on the skin. Sometimes, it looks like a small blister, other times it resembles an unsightly bump on the nail. These formations are called warts and they can appear anywhere on the body, around the face, eyelids, fingers, nails, toes, knees and legs.

Warts have different classifications based on size and appearance. However, you shouldn’t really worry when these appear because they also disappear without much notice, mostly in a span of 18 months or so. Warts are contagious and they can spread to various parts of the body.

While over-the-counter medications (salicylic acid preparations and freezing kits) provide a soluion for these unsightly tumors, there are also home remedies that can address the problem and even prevent the spread of warts to other parts of the body.

Consulting a dermatologist may not be best idea since the cuts, burns and surgical removals do not stop warts from growing back again. Home remedies applied consistently are more effective in treating warts, according to some doctors.

Here are some you can try at home if you badly want to get rid of warts on your body:

Dip cotton in apple cider vinegar and place it over the wart. Apply a bandage to the region and leave it overnight. The next day, replace it with a new cotton ball. Repeat this over a week until the wart withers away. This method is known to keep the wart from reappearing again. It is important to note that no scientific study backs this claim. However, vinegar is known to kill bacteria much like salicylic acid.

Allicin, an antibacterial chemical, is present in garlic. It is said to peal away the wart from the skin, but research is yet to prove this. To do this natural remedy, howevr, sanitise the area and dry it before applying a bandage or a duct tape over it. Avoid contact with the rest of the skin, so that the virus does not spread. Repeat 3 to 4 times over a week and consult a doctor if it does not go away.

The inside of the banana peel has potassium, which can kill the HPV virus. Turn the peel over, gently rub the insides of the peel over the wart and repeat on a daily basis.

Bromelain, a key component of pineapple, is a mix of several enzymes that can dissolve the HPV virus. Altough there’s no research to prove this yet, many still turn to this natural remedy because of anecdotal evidence. Similar to the above methods, with the help of sanitized cotton, dip and soak the wart in pineapple juice for a few days.

Rub the side of the potato that was cut in half while slicing it until a juice appears and do this twice a day for a week. Studies don’t back it, but potato juice is believed to dehydrate the wart. 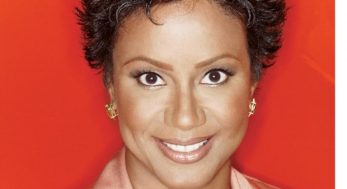 Harriette Cole: My friend is leaving, and she’s the only one my mom allows me to see – The Mercury News 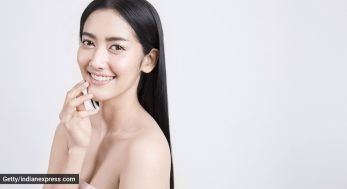 Try this homemade mask to tighten your skin – The Indian Express