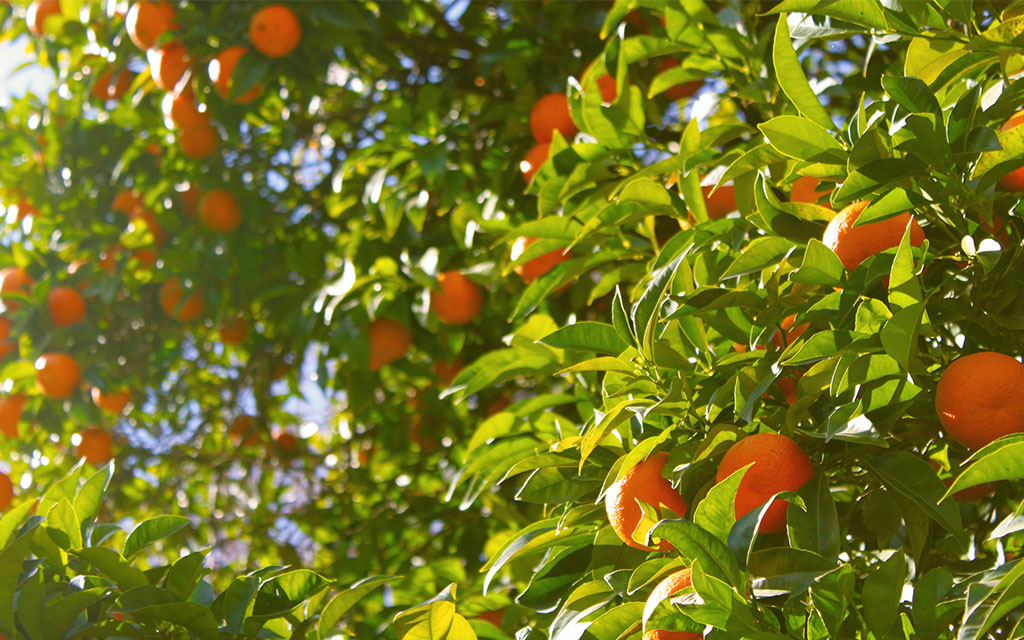 Adele turned 32 a couple weeks ago, and the day after her birthday, she shared a celebratory photo on Instagram. It’s a delightfully normal, somewhat blurry picture; she’s either flashing jazz hands or putting her hands up in surrender, as we sometimes do when too many friends and family point phones at our face and we aren’t sure which one to look at. She’s standing in the middle of a massive wreath that resembles a Quidditch hoop adorned with white roses, there’s a random laptop off to the side, and for any who might’ve had a go-to mental image of her before this photo was posted, she looks noticeably different, which is to say, thinner:

The top comment on this post — which has 11.5 million likes, and an outside shot at cracking the platform’s top-20 most-liked photos pantheon — is “And the internet breaks in 3… 2… 1…” It proved prescient. The internet did lose its mind: friends and fans cheered on Adele’s transformation, body positivists pointed out that Adele has always been beautiful, Chrissy Teigen got involved somehow, quarantiners wondered aloud how Adele managed to lose weight under lockdown, DM Lord Diplo wrote something dumb and thirsty, ultra-orthodox body positivists cautioned against too much praise, claiming it could be construed as “fatphobic,” and bloggers wrote trend pieces tiptoeing through the minefield of it all.

We’re clearly a ways away from a world (or an online one, at least) in which international female popstars can post photos of themselves smiling on their birthdays and the world won’t respond with a deluge of takes, and most of them bad ones. (Even before Adele posted her Instagram photo, certain sites were suggesting that she looked “too thin.”) Adele can’t win here, but then, there really isn’t anything for her to win from the public sphere. Bodies change as we age, in varying ways, regardless of how many followers or Grammys you have. Adele has no responsibility to look a certain way; she’s not a character in a blockbuster movie franchise. The only comment on Adele’s body that ultimately matters is her own.

If there is a single positive, though, to be gained from all the unsolicited internet sleuthing on Adele’s weight loss, it’s that the details of her fitness journey are now available for people in need of inspiration. A few days ago, Adele’s former London-based trainer, a man named Paul Geracimo, outlined three tentpoles that helped the singer lose 98 pounds over the last few years: regular exercise outside of one’s comfort zone, proper deep sleep and a balanced diet. Details will inevitably emerge about Adele’s regimens for the first two (2019 reports suggested she favors cardio, circuit training and Pilates), but so far, most of the coverage has focused on her nutrition, especially after another one of her trainers, Beverly Hills-based Camila Goodis, explained that the transformation is “90%” a result of Adele changing her diet.

Adele’s been following the Sirtfood Diet, specifically, a plan popularized by Aidan Goggins and Glen Matten in their book of the same name that was released two years ago. Goggins is a nutritionist by way of big pharma, with a number of high-profile European clients; Matten collaborated with him on another successful book, called The Health Delusion, and runs various nutritional science clinics across the United Kingdom. Most of the recent coverage the diet has received has come through the prism of Adele, and has focused solely, and somewhat blithely, on the fact that it allows consumption of dark chocolate and red wine (as if this were the clincher Adele needed to commit). A more thoughtful examination, though, reveals that key elements of this diet have close ties to frontline research currently underway in the field of epigenetics.

The Sirtfood Diet is built around foods rich in the protein sirtuin. Such “sirtfoods” include (but are not limited to): apples, arugula, blueberries, buckwheat, celery, citrus fruits, dates, green tea, onions, parsley, strawberries, turmeric, walnuts and, yes, 85-percent cocoa chocolate and red wine. Coffee is included too. When news of Adele’s relationship with the diet initially made rounds earlier this month, that “sirt” prefix caught our eye, especially coming off an interview with Dr. David Sinclair in February. The Australian is a former Time 100 honoree with an Order of Australia (Down Under’s version of knighthood) and runs his own genetics lab at Harvard Medical School, where he analyzes the relation between sirtuin-activating activities and compounds, and longevity.

It’s complicated, and Dr. Sinclair wrote 432 pages on the topic if you really want to get in the molecular weeds, but basically, sirtuins are a class of protein that helps regulate cellular aging. Various survival simulation processes, like exposure to cold temperatures, high-intensity training and caloric restriction are the most readily available day-to-day methods for initiating all the good work sirtuins control in the epigenome, which, as the current research suggests, can help us live longer, healthier lives. Dr. Sinclair and his team are busy studying specific compounds, meanwhile, like nicotinamide adenine dinucleotide (NAD+), that could divert molecules to alleviate diseases and slow the tide of aging.

Great. But what the hell does that have to do with a British diva? More than you’d think. The Sirtfood Diet pretty much asks for two things: A) consume a diet largely reliant on sirtfoods and B) keep total daily caloric intake under 1,500. There are variations on the plan, but the idea is to stay below that number (especially in the first week) while mixing sirtfood green juices and sirtfood-based meals. Each of these practices has roots in longevity research.

Back in 2013, Dr. Sinclair’s mentor at MIT, Dr. Leonard Guarente, published a study with Dr. Sergiy Libert titled: “Metabolic and Neuropsychiatric Effects of Calorie Restriction and Sirtuins.” The research supports controlled, environmental manipulation through calorie restriction (also known to many as known as intermittent fasting) as a way to prevent age-associated diseases and improve overall health. But sirtuins, specifically SIRT-1 (mammals have seven sirtuin genes) can also be turned on by just straight up eating sirtfoods. When we talked to Dr. Sinclair, he mentioned the world’s “hot spots for longevity,” and alluded to the world’s Blue Zones (places like the Mediterranean, California, Japan and Costa Rica), where people naturally live longer and diets tend to prioritize xenohormetic molecules. He specifically singled out their preference for olive oil, avocados and red wine.

Xenohormesis suggests that plant foods that grow in tough conditions — think salivated soil, the sun beating down — undergo evolutionary processes that make them more robust. They take their licks for eons, and earn crucial survival skills. It leads to a more robust, healthy plant, which makes them healthier to eat. Xenohormesis and sirtuins, then, overlap in the Venn diagram of wholesome, longevity-giving produce. Many of the sirtfoods above are so-called “stressed plants.” They contain polyphenols (micronutrients) that then activate the stress system in mammals, in a good way, which jumpstarts the metabolism, increases fat-burning capacity and fights inflammation — pretty much everything you’d need if you’re looking to drop a pound or two.

The reason red wine keeps popping up in all this? Grapes. As researchers explain in a study on the health benefits of xenohormesis, “the best grapes in terms of taste and health benefit often result from relatively dry, sun-exposed, infertile soil.” Those are the grapes selected for wine production. The Sirtfood Diet’s inclusion of red wine, then, wasn’t just meant to generate headlines; like coffee or green tea, the drink owes its healthiest properties to its humble origins as a stressed-out plant.

Still, while there’s scientific consensus that sirtfood consumption would aid in Adele’s body transformation in the short term and offer all sorts of life-extending benefits for her in the long run, the concept of wedding these foods into an specific meal plan is suspect. Consider intermittent fasting: geneticists’ support has elevated the trend from a CrossFit bro cliché to a respected everyday practice, but there isn’t any concrete science yet that confirms a precise method that works best. This is partly due to the randomness and individuality of eating. Some people have no trouble producing glucose from their livers in the morning; it might be easier for them to wait until 11:00 a.m. to take their first bite of the day. Others have low blood sugar after they first wake up, and need to down something immediately.

There is no one-size-fits-all diet regimen. Certain nutritionists have cited issues with the Sirtfood Diet’s penchant for extremely low caloric intake, likening the prescription to something you might plan for a toddler. Any sustainable weight-loss routine must manage the “maintenance” phase, which generally involves committing to a workout routine that feels right, and making peace with the temptations of the snack drawer and pantry. After all, who can do a hard hour in the gym on fewer than 1,500 calories a day? (The average American eats 1,000 more calories than that each day.) And how tenable is this plan when confronted by bright grocery aisles or nights out?

The answer, if there is one, is moderation. Not necessarily in relation to how much is on your plate, but in your belief that any diet is a panacea to your health goals. Touting blind faith in a diet just because “Adele used it” belongs to the same unfortunate, unhelpful school of reactions as all the loud voices shouting that they want “Old Adele” back. We have no clue exactly how Adele’s body changed. That’s perfectly fine. The key here is to appreciate the utterly unexpected conversation her transformation catalyzed, and consider the inclusion of sirtfoods in your diet. You don’t need to clear out your fridge tomorrow and replace everything in there with fruit from plants that get roasted in Sardinia. But slowly introduce sirtuin-rich sides into normal meals, see how it feels, and note their effects on appetite, inflammation and weight loss. Then go break whatever corner of the internet you call home. Or don’t. It’s up to you.