If you bought oysters at a really good price on the island recently, you may want to be cautious about eating them because they may have been raised to treat ocean pollution and stolen from a research project.

In a news release Tuesday, the Maui Nui Marine Resource Council said that its oysters, part of an ocean filtration research project, were stolen last week and may have been sold at below-market prices on Maui.

There have been no reports of the stolen oysters being sold as of Tuesday afternoon, but Maui Nui Marine Resource Council staff will be visiting fish markets to ensure that they are aware of the theft, said the marine group’s spokeswoman Anne Rillero on Tuesday.

They are “no bargain for those who consume them, because they can cause severe illness,” said Mike Fogarty, acting director of the Maui Nui Marine Resource Council.

People who believe that the oysters they purchased or consumed were stolen should call Maui Nui Marine Resource Council at 707-5056 to report it.

The oyster cage and oysters pictured here were stolen sometime last week off the coast of South Maui. They are not edible according to the Maui Nui Marine Resource Council, which was raising the oysters in polluted water for research.

In late January, 518 caged Pacific oysters were dropped into Maalaea Bay in a project by the marine council and others to clean pollutants and harmful bacteria from the ocean in the island’s first-ever oyster filtration project.

The Pacific Aquaculture and Coastal Resources Center at University of Hawaii-Hilo bred the oysters. The marine council is permitted through the state for its project, which is expected to continue into 2021.

The oysters were stolen off Maui’s southern coast from cages that were clearly marked as “toxic” and with “do not eat” and that the oysters were part of the research program and to not remove them, Rillero said.

Part of the research involves learning if the oysters can survive in polluted water, and checks are made to see how they are growing. The oysters were increasing in size and weight, Rillero said, adding that as the oysters grow larger, they can clean more ocean water.

One oyster has the potential to clean 50 gallons a day, project officials said in late January before putting the oysters into Maalaea Bay. The hope is that they will remove sediment, bacteria, heavy metals, PCBs, oil, micro-plastics and runoff nutrients from the water through filter-feeding.

The loss of the oysters is “somewhat of a setback,” but they will continue on, Rillero said.

According to the Centers for Disease Control and Prevention, uncooked oysters can carry vibrio bacteria, which can cause watery diarrhea, often accompanied by abdominal cramping, nausea, vomiting, fever and chills, the marine council advisory said.

Vibrio symptoms usually occur within 24 hours of ingestion and last about three days. Intravenous fluids may be necessary if nausea and vomiting cannot be controlled.

About 80 percent of the infections occur between May and October when water temperatures are warmer. Vibrio cases have occurred in Hawaii, including a large outbreak of vibrio gastroenteritis in 1972, caused by the consumption of uncooked crab, the marine council said.

Vibrio is a naturally occurring bacteria and can be found in warm coastal waters and harbors, where it infects oysters, the marine council said.

“We wanted to alert the community because you can’t tell by looking at an oyster if it’s healthy or not,” Rillero said. She added those who raise oysters and sell them to reputable fish markets and stores do so in sanitary conditions.

Rillero said police and the state Department of Land and Natural Resources have been alerted about the theft.

It is illegal to catch, take, kill possess, remove, sell or offer for sale oysters or clams from Hawaii waters, Fogarty said.

“The oysters that were stolen were purchased with money raised by our community, to help clean polluted ocean water and benefit our local coral reefs,” Fogarty said. “We are heartbroken that this has occurred, but most of all, we are concerned about residents of our community who may consume  these oysters and fall ill.”

* Melissa Tanji can be reached at mtanji@mauinews.com.

The Maui Lani roundabout features median islands, high-visibility signs, shorter crosswalks that are set away from the center island and rectangular rapid-flashing beacons to alert drivers of pedestrians and dismounted cyclists. County of Maui video image

The oyster cage and oysters pictured here were stolen sometime last week off the coast of South Maui. They are not edible according to the Maui Nui Marine Resource Council, which was raising the oysters in polluted water for research.

Kahakai Elementary School Principal James Denight demonstrates what a social distancing classroom with desk shields will look like for the upcoming school year, in Kailua-Kona. While Hawaii has one of the lowest rates of cases per capita in the country and many of its schools have open-air campuses, the challenges of returning kids full time to classrooms may still be insurmountable. Laura Ruminski/West Hawaii Today via AP

Today’s breaking news and more in your inbox 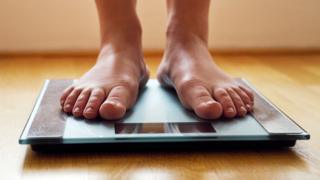 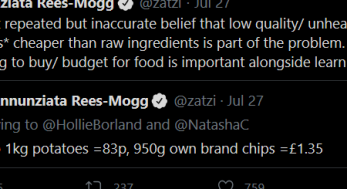 Is it really cheaper to eat healthily? – Verdict Foodservice