Differences in health policy weren’t the only bones presidential candidates had to pick last week. They also sparred over details of their personal health. And with the next debate and Super Tuesday primaries fast approaching, these skirmishes are likely to escalate.

In the run-up to the Las Vegas Democratic presidential primary face-off, Vermont Sen. Bernie Sanders’ national press secretary, Briahna Joy Gray, told CNN that opponents are trying to use his October heart attack against him. Then she mistakenly claimed that Mike Bloomberg “has suffered heart attacks in the past” — a statement she quickly walked back after a Bloomberg adviser said in a tweet it was a “Trumpy lie.”

He did not have a heart attack, Bloomberg’s camp explained, trying to differentiate its candidate’s health status. He had stents. The former New York mayor, according to the campaign, had coronary stents inserted two decades ago after a cardiac test indicated they might be useful.

Feathers still ruffled, the two candidates went at it again on the debate stage.

“I think the one area, maybe, that Mayor Bloomberg and I share, you have two stents, as well,” Sanders said Thursday to his rival onstage.

It’s not surprising, with the oldest crop ever of presidential candidates, that their vital signs are becoming a talking point.

“When it comes to politics, personal health is just one more issue to try and leverage,” said Arthur Caplan, a professor of bioethics at NYU School of Medicine in New York City.

That got us wondering how this information fits into the facts voters weigh. And in evaluating a candidate’s long-term health or electability, does it really matter whether a patient got a stent as part of treatment for a heart attack, like Sanders, or for another reason, such as to relieve chest pain or following a cardiac stress test, like Bloomberg?

“In this day and age, with the way technology has advanced and the skill sets of the cardiologists, I would say they are practically the same. We expect good results for both,” said Dr. Hadley Wilson, a practicing cardiologist in Charlotte, North Carolina, and a member of the American College of Cardiology’s board of trustees.

Stents are almost always used when a person is having a heart attack.

Heart attacks can occur when plaque breaks off inside the blood vessels of the heart, causing a blockage. To open the blocked artery, physicians insert stents, which are small, wire-mesh tubes. Afterward, patients are treated with medications to reduce the risk of subsequent heart attacks.

Back when Bloomberg got his, they were commonly used in nonemergency situations to prop open narrowing arteries, with the thought that might prevent a heart attack, said Dr. Suzanne Steinbaum, a cardiologist in New York and a spokesperson for the American Heart Association.

But, since then, “we learned stents don’t prevent a heart attack and that using medication might be equally beneficial,” Steinbaum said, adding that the best preventive measures are lifestyle choices, such as eating a good diet, exercising and not smoking. Patients still sometimes get stents to alleviate symptoms, such as chest pain, or for other reasons.

Thursday’s debate also highlighted the broader question: Just how much of a candidate’s medical history is fair game for public consumption?

Sanders, who faced criticism in October for delays in reporting his condition, said he has since released “the full report of that heart attack” ― including letters from his primary care doctor and two cardiologists attesting to his overall health and recovery.

But candidate Pete Buttigieg, the former mayor of South Bend, Indiana, said Sanders had not provided enough detail ― and neither, he said, had the others.

“Under President Obama, the standard was that the president would release full medical records, do a physical and release the readout,” he said during the debate. “Now, President Trump lowered that standard. He said just a letter from a doctor is enough. And a lot of folks on this stage are now saying that’s enough.”

Buttigieg himself has yet to provide a full medical record.

“But I am certainly prepared to get a physical, put out the results,” he said during the debate. “I think everybody here should be willing to do the same.”

Some observers agree there’s no such thing as TMI (too much information) when it comes to POTUS (the president of the United States).

“When the country is hiring someone to have their finger on the nuclear button, the expectation of personal privacy is very, very limited,” said David Blumenthal, head of the Commonwealth Fund and co-author of “The Heart of Power: Health and Politics in the Oval Office.” “It’s hard to imagine something [health-related] that would not be relevant.”

That argument, though, doesn’t always hold up.

When he ran for president in 2008, the then-70-year-old Sen. John McCain released more than 1,000 pages of his medical records.

By contrast, the campaigning Donald Trump initially released a glowing letter from his personal physician that concluded he would be “the healthiest individual ever elected to the presidency.” After criticism that the letter lacked specifics, Trump added information on his height, weight and cholesterol levels and went on to become the oldest president, at age 70, to take office, beating out Ronald Reagan, who was just weeks shy of that milestone on Inauguration Day in 1981.

This year, candidates Bloomberg and Sanders are both 78; former Vice President Joe Biden, 77; and Sen. Elizabeth Warren, 70. Sen. Amy Klobuchar is 59, and Buttigieg is the youngest, at 38.

Anything that might be “relevant to a candidate’s ability and competence to govern and their longevity of service” should be disclosed, said Blumenthal, who is also a medical doctor.

Voters could then decide what they thought was important. The information might also affect how voters view the choice of a vice president, especially if the candidate for the highest office had a serious illness or something else that might limit their term, he said.

Specifically which records, though, and how to release them is a complicated issue.

Caplan, at NYU, has long advocated setting up a special independent medical panel to evaluate presidential candidates’ health ― and make their findings public.

“It would be like an executive physical, which is what a lot of companies do before they pick a CEO,” he said.

And deciding what to test for would be, in itself, complicated. Without a special panel ― which, even Caplan admits, would meet political inertia ― the challenges would be numerous. Even locating all the necessary records would be difficult.

The candidates “may have moved around the country, their doctors may have died, or records may not be available,” noted Lawrence Altman, who covered many presidential elections as a reporter for The New York Times and is now a global scholar at the Woodrow Wilson International Center for Scholars.

While there is no specific requirement that candidates release any information at all, what readers ― and voters ― want to know varies widely.

“It depends on their interest in the candidate,” Altman said. “A lot of people superimpose their political choices or feelings on the medical aspect. They are willing to dismiss something if they really like the candidate or make a big issue about it if they don’t like the candidate.” 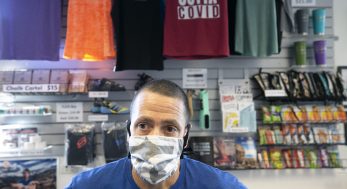