A low-fat diet rich in fruits, vegetables and grains may lower women’s risk of dying of breast cancer, according to the results of a major study released Wednesday. (iStock)

Women who followed a lower-fat diet rich in fruits, vegetables and grains had a lower risk of dying of breast cancer than those on a higher-fat diet, according to the results of major study released Wednesday.

The conclusions, from the latest analysis of the federally funded Women’s Health Initiative, provide the first randomized clinical-trial evidence that diet can reduce postmenopausal women’s risk of dying of breast cancer, the researchers said. Past observational studies, which do not measure cause and effect, have had inconsistent findings.

The results “are exciting and empowering for the patient,” said Elisa Port, chief of breast surgery at Mount Sinai Health System in New York, who was not involved in the study. “This is a wake-up call for women — there’s something they can do, rather than just waiting for the shoe to drop.”

The trial involved more than 48,000 women who did not have breast cancer when they enrolled in the study and was conducted at 40 centers across the United States. From 1993 to 1998, the women were randomly assigned either to follow their usual diet, in which fat accounted for 32 percent of daily calories on average, or to try to reduce fat intake to 20 percent of calories while consuming daily servings of vegetables, fruit and grains.

The dietary-intervention group fell short of the goal; they managed to reduce their fat consumption to about 24.5 percent, and then “drifted up to about 29 percent,” according to lead study author Rowan Chlebowski of the Los Angeles Biomedical Research Institute at Harbor-UCLA Medical Center. Members of the group lost 3 percent of their body weight on average. Still, the women in that group who developed breast cancer had a lower risk of death than the women developed the disease and followed their regular diets.

Chlebowski said the study showed that women could improve their health by making modest changes in what and how much they eat. “This is dietary moderation. It’s not like eating twigs and branches,” he said. “It’s what people were eating, say, 20 years ago, before you could pick up 900 calories in one candy bar.”

The dietary intervention lasted for 8.5 years and included several sessions with nutritionists. The latest analysis represents a follow-up of almost 20 years.

Experts on breast cancer generally praised the study but expressed some reservations.

For one thing, the study was designed to determine whether a low-fat diet could reduce the risk of developing breast cancer in the first place, not whether it provided a mortality benefit.

Previously released data has shown that a lower-fat diet did not result in a reduced risk for developing breast cancer.

The breast cancer experts also noted that the mortality benefit took almost 20 years to emerge, and some said that it was not clear which dietary component was responsible for the benefit — the reduced fat or the additional fruits, vegetables and grains.

The study authors said the dietary-modification group used a diet similar to one called DASH — for Dietary Approaches to Stop Hypertension — which is designed to prevent or treat high blood pressure.

The new study “adds more evidence on the impact of diet, but I wouldn’t rely on it to recommend a specific diet to a patient,” given that people react differently to different diets depending on their biology, said Neil Iyengar, an oncologist at Memorial Sloan Kettering Cancer Center. “I tell patients if they eat more plant-based food, less red meat, decrease alcohol and maintain a healthy weight, they might have a reduced risk of breast cancer recurrence or death.”

The study did not look at the effect of diet on the risk of breast cancer recurrence. A separate study is looking at whether weight loss, achieved through cutting back calories and increasing physical activity, leads to a reduction in the risk of recurrence. The Dana-Farber Cancer Institute is leading the Breast Cancer Weight Loss Study.

The study comes amid more evidence about the link between being overweight or obese and a number of cancers. Being obese and overweight — long implicated in heart disease and diabetes — has been associated in recent years with an increased risk of getting at least 13 types of cancer, including stomach, pancreatic, colorectal and liver malignancies, as well as postmenopausal breast cancer.

The study will be presented in coming weeks at the annual meeting of the American Society of Clinical Oncology in Chicago. 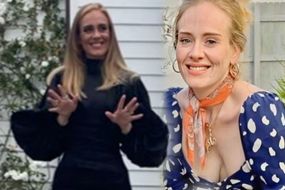 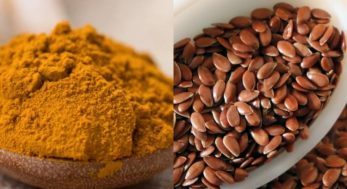