It’s not surprising that Michael Bruno, founder of the luxury goods marketplace website 1stdibs.com, would furnish a property with singular furnishings from around the world, as he did with the Valley Rock Inn & Mountain Club, the inn he opened in January in Sloatsburg, an hour north of New York. The four buildings housing the 17 rooms are filled with pieces ranging from chests found in French brocantes to a classic Eero Saarinen table giving them a sense of easy but highly designed style. It took some imagination to start the transformation, though, since the houses, dating from the mid-1880s, were showing considerable wear. But since Bruno, who lives in nearby Tuxedo Park, has bought multiple down-at-the-heels buildings in the area and restored them, that process was pretty normal for him too.

What was surprising was his intended purpose for the inn:  a sort of bucolic boot camp dedicated to fitness, an interest of his since childhood. “I grew up as a competitive swimmer,” he explains. “I received first place in the Junior Olympics and think I might have made it to the 1980 Olympics had the USA not boycotted the games that year.

The emphasis on physical activity was also encouraged by the surroundings: adjacent to the property are the 70,000 wilderness acres of Harriman State Park and Sterling Forest State Park  with hiking and biking trails as well as lakes for fishing and kayaking. During the development process, the acquisition and restoration of the 17 buildings that comprise the inn, Bruno says it was the beauty of that nature that kept him going. “As we were going through the construction process there were days when I thought WTF am I doing,” he says. “But then I would get in my car and drive the Seven Lakes Drive which is the next street over and remind myself of how beautiful the forever wild parklands are and how close the buildings are to them. With lakes and trails in every direction, I knew we could make it work.”

Exercise in the great outdoors is the primary focus but there are also facilities within the 7000 square foot gym and a 75 foot long pool along with yoga and other wellness programs. But the inn is also focused on creature comforts and gastronomic dining with ingredients from Bruno’s organic farm elsewhere in the Hudson Valley. Apart from the restaurant, VR Bar & Grill, the property contains a farmers market open to locals, as are the fitness activities with club memberships.

For guests who want to explore the area as well as the fitness activities, the staff provides suggestions for visits. Among them: Storm King Art Center sculpture park, Black Dirt Distillery, the quaint town of Cold Spring including the tastefully curated offerings of the Cold Spring General Store. And as another form of exercise: shopping the designer outlets at Woodbury Common Premium Outlets, a favorite activity of Bruno’s. 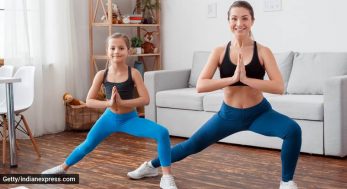 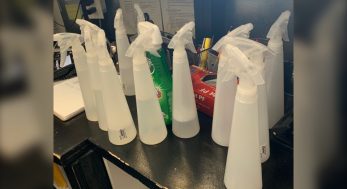