THURSDAY, May 16, 2019 (HealthDay News) — Researchers have long believed the obesity epidemic is at least partly related to the proliferation of highly processed foods. Now, new research suggests the connection is real.

In a tightly controlled lab study, scientists found that people ate many more calories — and gained a couple of pounds — when they spent two weeks on a highly processed diet, versus when they ate a diet rich in whole foods.

And it wasn’t just explained by the obvious — processed foods packing more sugar and fat.

Both diets were designed to offer the same number of daily calories, and similar amounts of total sugar, fat, carbs and fiber.

“I was very surprised,” said lead researcher Kevin Hall, of the U.S. National Institute of Diabetes and Digestive and Kidney Diseases.

“I’d thought we wouldn’t see much of an effect of the processed foods, per se, because we’d matched the diets for calories and other components,” Hall explained.

So what explains the extra calorie munching? Hall said he could only speculate.

One theory relates to the manner in which people ate: When they were on the heavily processed diet, they ate faster.

Whenever people scarf down their food, Hall explained, that gut has less time to tell the brain it’s full — making it easier to overindulge.

He also said that, to provide enough fiber, the processed diet included supplemented beverages. And since liquid may not be as satisfying as solid foods, Hall said, that might have swayed people’s overall calorie intake.

Whitney Linsenmeyer is a registered dietitian and spokesperson for the Academy of Nutrition and Dietetics. She agreed the faster eating rate could be one explanation for the results.

Slower eating is, in fact, a weight-loss strategy, noted Linsenmeyer, who is also a nutrition instructor at Saint Louis University.

Looking at the diets, she said it’s easy to see how the minimally processed one would require more time and chewing effort.

Linsenmeyer pointed to another possible explanation: While the diets had the same amount of total sugar, the processed one had more added sugars.

How did the daily menus differ? Neither diet followed any fad, like low-carb or low-fat or high-protein. The main difference was in the amount of food processing.

A typical processed breakfast included a bowl of sweetened breakfast cereal and a packaged muffin with margarine; or an English muffin with egg, bacon and processed cheese, plus packaged tater tots. Breakfast on the minimally processed diet included Greek yogurt or oatmeal with fresh fruit and nuts; or eggs with hash browns made from fresh potatoes.

Twenty study participants lived in a lab for a month, spending two weeks on each diet. They were allowed to eat as much of the offered food as they wanted; they simply ate more when they were on the processed diet.

Hall noted that there are many popular weight-loss diets that demonize particular nutrients or foods. “But one thing they all have in common is that they limit processed foods,” he said.

This study doesn’t prove that’s why people may lose weight on the diets, Hall stressed. But it’s food for thought, he said.

Linsenmeyer emphasized this point: Eating healthfully is not only about nutrients. “It’s also about eating food that we cook, not that we allowed food manufacturers to prepare for us.”

She and Hall both acknowledged, however, that many people lack the time, money or skills it takes to drop processed foods from their lives.

“Just telling people to eat healthier may not be enough if we don’t improve access to healthy foods,” Hall said.

The study was published online May 16 in Cell Metabolism. 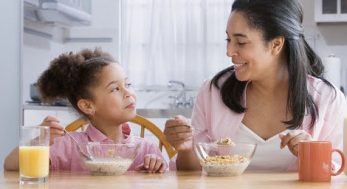 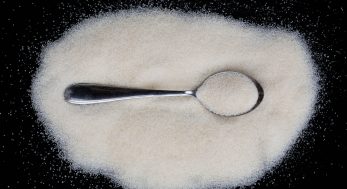