© (Getty Images) Close up of a healthy home-cooked meal on a plate which includes a grilled salmon fillet topped with arugula pesto accompanied by a green salad with avocado, romaine lettuce, cucumber, tomatoes, carrots and red cabbage.

Psoriasis – an autoimmune condition that causes skin cells to grow more rapidly, leading to itchy patches of red skin and silvery scales – affects about 8 million people in the U.S. today. The disease is also associated with a raised risk of joint problems – namely psoriatic arthritis, an inflammatory form of arthritis related to the skin condition – and cardiovascular disease, as well as other issues ranging from diabetes to depression.

Given that psoriasis is typically chronic and can have a whole-body impact, those with the condition are often motivated to make lifestyle changes, in addition to treatments, to manage it. Along those lines, there’s been some focus on whether dietary changes may help – specifically, what types of foods or drink a person might consume or avoid to keep it under better control.

One thing that research has established is that obesity increases one’s risk of developing psoriasis, and it’s associated with increased disease severity and a decreased response to treatment.

A systematic review of dietary recommendations for adults who have psoriasis, published in the journal JAMA Dermatology last year, strongly recommended a reduced calorie diet for overweight and obese patients with psoriasis. Research shows when patients shed extra pounds and keep them off long term, it has a lasting impact on easing psoriasis symptoms and decreasing severity of the disease.

But experts say that, generally speaking, data isn’t sufficient to definitively recommend avoiding certain foods. Based on research to date, the strongest evidence supports a gluten-free diet among patients with psoriasis who also have celiac disease (an autoimmune disease in which eating gluten can damage the small intestine and affect food absorption) or a gluten sensitivity.

Psoriasis is associated with a higher risk of developing other autoimmune conditions like celiac disease. “While estimates vary, it’s felt that patients with psoriasis have about a twofold higher risk of celiac disease,” says Dr. Rajani Katta, a dermatologist and clinical assistant professor of medicine at Baylor College of Medicine in Houston. “This is why dermatologists will inquire about gastrointestinal symptoms or family history and test further if needed.”

“Other recommendations have minimal supportive scientific evidence,” adds Dr. Ladan Afifi, a medical resident in the dermatology department at UCLA Health who has studied the potential role of diet in psoriasis management.

A Gluten-Free Diet Isn’t Recommended for Everyone

Some people without celiac disease also have gluten antibodies. These proteins are produced by the immune system because the body perceives gluten as a threat.

While Katta says she doesn’t suggest a gluten-free diet for all patients with psoriasis, she does recommend it for those with celiac disease or gluten-free antibodies. But experts say more high quality studies, like randomized controlled trials, are still needed in this area. In fact, the JAMA Dermatology review only “weakly recommended” a gluten-free diet with those who had such markers of gluten sensitivity.

Diet Changes Shouldn’t Be About Restrictions

The JAMA Dermatology review suggests it may be worth it for adults with psoriasis to try a Mediterranean diet. That includes eating two or more servings of vegetables and three or more servings of fruit daily – and having legumes, tree nuts (which include almonds) and fish or seafood three times or more a week.

“While there are nutrition influencers on social media who design cute infographics with diets for psoriasis, elimination of specific foods really isn’t supported by available research yet,” says Julie Stefanski, a registered dietitian with Stefanski Nutrition Services in York, Pennsylvania, and a spokesperson for the Academy of Nutrition and Dietetics.

“Before starting an elimination diet, begin an inclusion diet. There are a few consistent factors in the research that point towards beneficial food components in immune and skin health,” Stefanski says. “One priority should be to regularly include omega-3 polyunsaturated fats from fish.” The best sources include mackerel, herring, tuna, sardines and salmon, she says.

“The Mediterranean diet has many documented health benefits,” Farris says, pointing to research that suggests it may be helpful for people with psoriasis. “Accordingly, I suggest consuming more vegetables, olive oil, fruits, whole grains, legumes and fish and less meat, refined grains, processed foods and sugar.”

Experts says other tried and true eating patterns are worth trying as well, like the DASH diet (for dietary approaches to stop hypertension), which is promoted by the National Heart, Lung and Blood Institute.

“Overall, based on our research findings to date, an anti-inflammatory eating pattern is recommended for all patients with psoriasis. There are a number of options, including the Mediterranean diet, the DASH diet and many traditional diets,” Katta says. “The key feature is an emphasis on whole foods, fruits, vegetables, herbs and spices, with less intake of highly processed foods, added sugars and refined carbohydrates.”

If you consume alcohol, experts generally consider it wise to drink in moderation – that means no more than one drink per day for women or two for men.

“Unhealthy lifestyle choices, such as alcohol use and tobacco use, are both considered triggers of psoriasis,” says Dr. Kristina Callis Duffin, co-chair of the department of dermatology at the University of Utah in Salt Lake City. Drinking may increase the chances of developing psoriasis or make the condition worse and lead to flare-ups of symptoms. Quitting smoking and not imbibing or cutting back on alcohol may improve psoriasis.

Experts emphasize that it’s important for a person with psoriasis to see a dermatologist to discuss treatment options. Lifestyle changes are a supplement to, not a replacement for, medical intervention. That includes dietary changes.

“There really is no single food or supplement that causes psoriasis (or) cures psoriasis,” Callis Duffin emphasizes. She also pushes back on the suggestion that specific food choices directly impact the condition, based on rigorous study of supposed food triggers.

But other experts stress that while more research is needed, it’s worth adopting at the very least a balanced and healthy diet. That could mean following a Mediterranean diet, for example – and in some cases, eating less overall.

Related video: Psoriasis May Increase Risk of Cancer, According to New Research (Provided by Health.com) 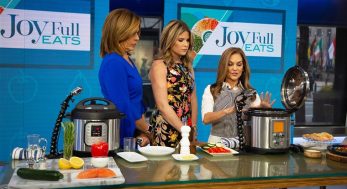 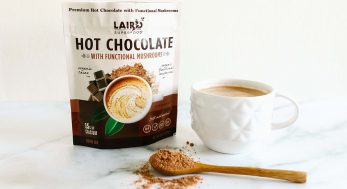 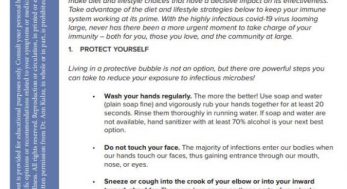