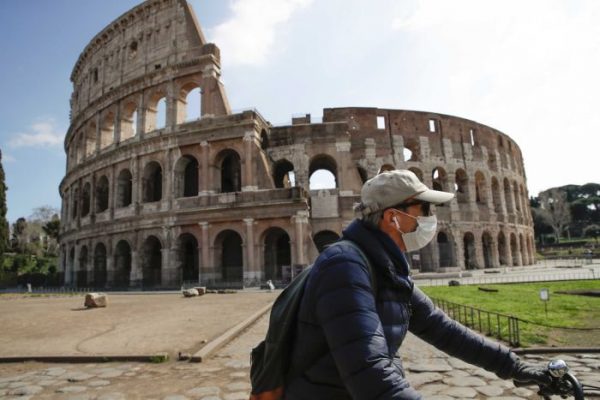 By Lucia Stein and the ABC’s foreign correspondents

Photo: Myths about potential cures for coronavirus have popped up all over the world. (AP: Alessandra Tarantino)

Related Story: Coronavirus has sparked apocalyptic scenes in Italy. There are lessons to be learned from the country’s missteps

With the whole world talking, reading, posting and sharing all sorts of information about coronavirus, it can be hard to sort through what is actually a fact and what is a myth.

Maybe you’ve got a friend writing on Facebook about how coronavirus will die with a change of season, or another who thinks they’ve got an excellent home remedy to prevent themselves from getting the disease?

Whatever the case, there are some myths that keep popping up over and over again. So, we’ve gone to the experts.

Here’s what our correspondents say are some of the most popular myths around, and two experts’ takes on them.

There have been some suggestions heat can kill the virus

Photo: Donald Trump has said a couple of times that heat could kill the virus. (Reuters: Yuri Gripas)

Who is saying this? The President of the United States.

What’s being said exactly? Donald Trump told Fox Business: “You know in April, supposedly, it dies with the hotter weather.”

According to CNN, he also told state governors: “You know, a lot of people think that goes away in April with the heat — as the heat comes in. Typically, that will go away in April.”

How widespread is this? Well, Donald Trump’s quotes have been reported by major news outlets.

Photo: There has been talk of warmer weather killing the virus. (ABC News: Hugh Sando)

Professor of respiratory diseases at the University of Technology Sydney Brian Oliver says it would depend on the temperature you’re talking about.

“For example, your body temperature is 37 degrees Celsius and we know coronavirus can survive in that, so if it’s 37C or 40C outside, it would probably survive,” Professor Oliver said.

“If it were something like 50C, well then it probably wouldn’t survive too well. But how many places reach 50C?”

Infectious disease experts have also told CNN that it’s too early to say whether warmer weather could impact the virus, and “nobody knows enough about the novel coronavirus to make assessments about its behaviour”.

However, Professor Oliver said extreme heat can be useful.

“Extreme heat is used as a form of sterilisation in hospitals,” he said.

“And if it’s a really sunny day, the UV rays contained in the sun could kill the virus as well. Basically, the UV light destroys the genetic material. But we don’t know how long is needed to kill the virus.

In South-East Asia, residents are taking herbs and spices to prevent infection

Photo: Jamu is a medicinal drink made with turmeric, curcumin, lemongrass and ginger. (Flickr: Ikhlasul Amal)

Who is saying this? Residents in Bangkok, Indonesians and even Indonesian President Joko Widodo.

What exactly are they doing? There is a clinic outside Bangkok that doubles as a medicinal cannabis clinic. It looks like they’re being run off their feet producing pills that contain a special herb called Andrographis Paniculata.

It’s traditionally believed to be a treatment for colds and sore throats and apparently people are lining up to use it.

Meanwhile, in Indonesia, herbs have also become popular with residents looking to ward off coronavirus. Indonesians have rushed to buy herbal and medicinal plants such as turmeric, curcumin, lemongrass and ginger.

They believe that ‘jamu’ — medicinal drinks made with such ingredients — can boost stamina and health, and help strengthen the immune system.

Mr Widodo even last week told an agricultural and food conference that he drinks the herbal elixir three times a day to help prevent infection by coronavirus.

“I drink the mixture instead of tea now,” he said.

“I give the drinks to my guests, be it the morning, afternoon or evening.”

How widespread is this? Jamu is popular across Indonesia, although its ingredients might differ from one province to another.

University of Melbourne professor of virology Damian Purcell says we haven’t seen any scientific validation of those kinds of things.

“It’s a risky strategy to believe something works without proper clinical trials and as yet there are no trials focused on examining whether specific herbs would be effective.”

In India, some locals are drinking cow urine to ward it off

Photo: Members of All India Hindu Mahasabha serve a traditional drink with cow urine as an ingredient, which according to them helps in warding off coronavirus disease. (Reuters: Danish Siddiqui)

Who is saying this? Fringe Hindu groups and a politician.

What exactly are they doing? Dozens of Hindu activists gathered in New Delhi on the weekend to hold a cow-urine drinking party, believing the drink would ward off coronavirus (and many other illnesses).

Others have also touted the health benefits of cow urine and even cow dung, including recently a politician from the Prime Minister’s own party in the north-eastern region of Assam.

Many Hindus regard the cow as sacred.

Is this a common belief? It’s mostly being touted by fringe groups so is far from being a popular myth.

Professor Oliver says it would “not do anything good for you”.

While he says urine would have some slightly disinfectant properties on surfaces, “you’d have to drown someone in urine to save them from coronavirus”.

“The only thing it could partially be useful for is, if you didn’t have access to soap and water, you could use it to partially disinfect surfaces,” he said.

What the experts are saying about coronavirus:

Iran residents are drinking alcohol to ‘kill’ the virus

Photo: Can drinking alcohol prevent you from getting coronavirus? (Reuters)

Who is saying this? People in Iran.

What’s being said exactly? Some believe drinking alcohol can be a way of killing coronavirus, according to Iranian sources I’ve spoken to.

One contact told me: “You know how alcohol is prohibited in Iran so, one of the good businesses here is some people make alcoholic drinks at home and they sell it [at a high price].”

Is it a common belief? It doesn’t appear to be too common at this stage.

That’s unlikely, Professor Oliver says. He points out that “you’d need a high concentration of alcohol to kill a virus”.

“In the handwash you use for example, you need 60-70 per cent ethanol to be effective,” he said.

“If people are drinking spirits, the relative concentration of that is relatively low. So the amount you would need to drink would kill you before it kills the virus.”

Professor Purcell agrees, adding “very few spirits have above 30 to 40 per cent which would not be enough to kill the virus”.

Your questions on coronavirus answered:

There’s been talk in PNG that black people are immune

Photo: Experts say your susceptibility has nothing to do with your skin colour. (Reuters: Luc Gnago)

Who is saying this? It appears to have started in the United States but is also being spread on social media in PNG.

What exactly are they saying? The most common myth that has been raised with me, and one I’ve seen shared widely on social media, is that black people can’t get coronavirus.

When the virus first started making headlines, I was asked about this rumoured immunity by a few people in PNG. Some posts on social media here were claiming there was a link between the virus and melanin levels.

How widespread is this? Now that the virus has spread further and there have been cases recorded in the Pacific, there have been more people trying to debunk this myth on social media.

According to Professor Oliver, the theory makes “absolutely no sense”.

“Whatever pigmentation you have is of no interest to the virus because it doesn’t impact the skin,” he said.

“It would perhaps play a role if the virus infected the skin. But in this case, it doesn’t so I’m not sure where people are getting this idea from.”

“It targets cells where there is no melanin, in the lungs and gastrointestinal tract, and there are no difference in melanin levels in those tissues,” he said.

In Indonesia some think smoking can prevent someone getting it

Who is saying this? Social media users in Indonesia.

What are they saying? Posts on social media in the past few weeks have claimed coronavirus does not attack people who smoke because the composition of tobacco and cloves can resist the attack.

One Facebook user said cigarette smoke is effective in killing the virus.

How widespread is this? The original claim has gone viral on Twitter and other social media. That’s despite there also being many health messages warning of the dangers of smoking.

The claims have been denied by health experts, including Eijkman Institute for Biology and Higher Education molecular biologist Professor Amin Soebandrio.

He says smoking increases ACE 2 receptors in the lungs that cause the COVID-19 virus.

Professor Soebandrio says each receptor acts like a port, so if there are more berths, more “ships” will come.

The common myth that swallowing or gargling with oils, salt water or other home remedies can cure you

Who is saying this? The internet. Social media. Your neighbours/friends/family?

What exactly are they saying? According to Johns Hopkins Medicine, there have been a couple of myths around swallowing or gargling essential oils, salt water and other home remedies as a way to cure coronavirus.

How widespread is this? It appears to be a common enough query to prompt Johns Hopkins to respond to it on their website.

Once you’re infected there is very little chance these would work, Professor Purcell says.

“The virus introduces genetic material into your body, so you have to get rid of the cell itself,” he said.

“While some of these things [antibacterial mouth washes] can kill a virus on a sheet of stainless steel, once it’s in your system, you might reduce the amount of virus that you’re shedding, but you need your immune system to do the job.”

Professor Oliver agrees, although he suggests that traditional medicines do “have some efficacy around various conditions”.

“But even when they work, they don’t work as well as Western medicines,” he said.

“Even if they are successful one day, like with herbal teas and so on, part of the problem is that it’s really hard to know whether that effect could be replicated on the next day.

“Whereas a drug designed in a lab is made to be the same each time, and you also know something of the safety measures used to make the drug.”

Why do these prevention techniques keep popping up?

Professor Purcell says one reason that you might see these myths pop up is because it’s difficult to understand the science behind viruses, so people begin to introduce their own ideas.

“You can’t see it, so you can’t relate to the chemistry,” he said.

Professor Oliver agrees, adding that some of these cures or prevention techniques are the equivalent of old wives’ tales.

Or, sometimes, they can stem from cultural beliefs that are passed down. 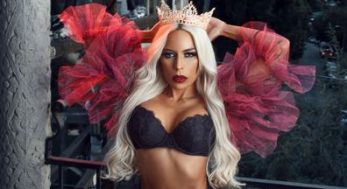 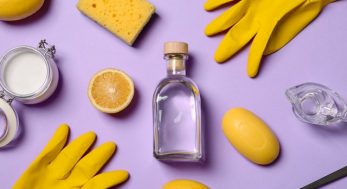 Does Vinegar Work As A Home Sanitizer? Experts Reveal The Facts – The Zoe Report