Growing up, Siuvon Bowen Sathasivam remembers her mother regularly whipping up juices and natural concoctions in the kitchen for her and her brother.

Drinking three glasses of water in the morning was also a normal practice in their home, as with other healthy habits like eating fruits before meals.

“If we had a headache, she wouldn’t just give us (painkillers) but ask us to drink lots of water or mash some lemon in our water or something,” shares Siuvon, 24, when we met for an interview recently.

Of Afghan and British descent, her mother would also make a paste mixture with ingredients that included turmeric, ginger, garlic and spices, for things like a flu or cold. Whenever Siuvon got a cold, she would recover quite quickly, in two to three days.

“It’s actually my grandmother’s recipe. My mum learnt it from her and any time someone would get sick, my mum would mash it up and then give it to them,” adds Siuvon, whose grandmother is 95 and lives in the United States.

Since January, Siuvon and her mum Elizabeth Bowen have been sharing this remedy with the public via pop-up stalls. To them, it’s more than just promoting a product but advocating a natural and healthier way of life.

The paste is believed to be an immune booster which also helps to detox the body.

In their home, antibiotics were avoided and taken as a last resort.

“We would go to the doctor to know what’s wrong, but we would not take the antibiotics immediately. Instead, we would try out our home remedy first.

“My mum just felt that there was no need for it because back in the old days, natural antibiotics were things like garlic, ginger or onion,” adds Siuvon, who is close to completing her Masters degree in professional accountancy (ACCA).

“However, my mum gave the paste mixture to him every day and changed his diet, reducing a lot of oily foods and eating at home. He didn’t go on any hospital medication and, after four months, his blood pressure stabilised,” she shares.

Her mum also passed the paste to some relatives, who all gave good feedback on how it helped them in various ways.

“Because it really helped a lot of people, I thought maybe we should share it with the world and make it a product so that more people could benefit from it,” says Siuvon.

Initially, they introduced the paste to people through word of mouth. Then, at the suggestion of Bowen’s friend, they ventured into pop-up stalls, setting up their first one in the Klang Valley in January.

Of Afghan and British descent, Bowen learnt to make natural remedies from her mother.

To date, they have opened nine pop-up stalls in various locations.

Positive response Getting involved in pop-up stalls has been an eye-opener for both Siuvon and Bowen.

Response has been so good that at times, they have had to turn down the opportunity to do pop-ups as they could not meet the demand, especially since preparing the paste is a tedious and time-consuming affair.

“My mum likes to do it in small batches so every batch is the same and has the best quality,” adds Siuvon.
Indeed, Bowen, 60, takes pride in the paste. Born in India, Bowen lived there until she got married to Siuvon’s father, who is of Malaysian-Indian descent, and moved to Malaysia.

“My passion has always been to help others, whether physically or financially. I could never bear to see anyone suffering.

“Growing up, I always remembered that my mum would do the best that she could, with whatever little she had, to help heal people.

“That has always stuck with me, and I’m so proud that it has now become my daughter’s passion, too,” says Bowen.

“The feedback that we get from each and every one of our customers about how it has benefited them is so motivating and exciting.

“Inspiring more people to restore and live a healthier lifestyle gives me a sense of purpose. I strongly believe prevention is better than cure,” she emphasises.

Siuvon is in charge of marketing and branding her mother’s herbal remedies. Photos: Siuvon Bowen Sathasivam

Pop-up stalls are also beneficial for people who are just starting up a business, says Siuvon.

“Pop-ups really give people a voice and recognition, especially for people with a new brand. It’s very empowering, especially with events like (Star Media Group’s) WOW! Fiesta, where it was mostly all the women coming together.

“To see that everybody had different ideas but wanted to support each other was very motivating,” she adds.

“From doing pop-ups, we learnt that the vast majority of people are not aware that there are natural ways to combat lifestyle diseases and how to go about it.

Chemical- and preservative-free, the paste can be consumed directly or with water and honey.

Siuvon (left) and Bowen have been busy setting up pop-up stalls to promote their natural remedies as they want to help as many people as they can.

“We don’t cook, boil or do anything to our paste. We want it as unprocessed and fresh as possible so that it is 100% beneficial to your body,” stresses Siuvon.

The product, claims Siuvon, helps the body detox too.

“When you are constipated or don’t clear your bowels properly, your body becomes toxic. That, in turn, affects everything.

“People don’t realise that it all starts from your gut. When you don’t cleanse your gut properly, bacteria leaks into your body and affects your weakest organ or body part first,” she shares.

The mixture, she adds, is also formulated based on ayurvedic principles, with the combination of ingredients chosen for optimal absorption and benefit to the body.

Moving forward, the mother-daughter team is looking to expand their product range. Currently, these women also make and sell garam masala, a seasoning and cooking powder made with 16 spices.

“My mum has so many remedies that she’s thought of but, right now, we want to focus on this first,” says Siuvon, who does not dismiss the possibility that she will go into this business full-time after she finishes her studies.

“More and more people know about it and are benefiting from it. In the future, I do want to pursue this passion to help people learn about alternative medicine and live a healthy lifestyle,” she shares. 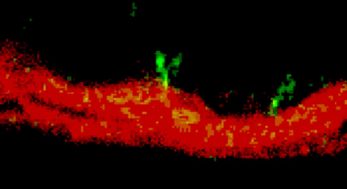