Charles Dhewa Correspondent
At a time communities in developing countries are diversifying their food systems in order to cope with climate change, isn’t a narrow approach like bio-fortification counter-productive?

Could this be yet another example of interventions that are influenced by funders and their collaborators?

In several African countries including Zimbabwe, both urban and rural dwellers are no longer just depending on maize, but a wide range of foods including diverse vegetables, exotic fruits, indigenous fruits, tubers, small grains, indigenous poultry as well as game meat like guinea fowls.

Aquaculture products like fish and a wide range of edible insects are also part of a broad food system. All these foods are not bio-fortified but guarantee a basketful of different vitamins.

Consumption of natural foods is on the rise as consumers become aware of the medical properties associated with these foods as opposed to processed foods. While almost every household now uses cooking oil, there has been a transition from over-dependence on sadza with leafy vegetables to potatoes and rice with mixed vegetables every week.

Food choices have broadened to include butternuts, potatoes, soyabean, soya chunks, eggs and many other choices available by season. Even in rural areas there is no longer dependence on sadza and mufushwa.

Fresh fish is also widely available. If you don’t frequently engage with mass markets you won’t know this is happening and continue to promote narrow diets.

Given these circumstances, why should developing countries be persuaded to push a few bio-fortified products like orange maize and sugar beans?

The negative effect of this is that it forces consumers to eat processed products yet wherever processing takes place some food elements are compromised.

The consumption of maize has gone down by 30 percent in cities like Harare as revealed by the rise in the consumption of fresh and roasted maize from green mealies all year round, driven by the market’s distribution power.

Green mealies production is also increasing in communal gardens and irrigation schemes as these are being turned into commercial entities. Maize processing into maputi has gone up 100 fold due to demand and availability of appropriate equipment.

Rather than bio-fortifying maize at industrial stage, why not do it at seed level so that consumers can access iron and other vitamins when they eat green mealies, roasted maize, maputi and other by-products some of which find their way into chicken and other livestock through stockfeed?

African food baskets have also broadened into rural areas where food from other production zones is spreading around the country. Smallholder farmers are no longer limited to producing and consuming traditional staples and indigenous vegetables.

The mobilisation and distribution power of big markets like Mbare is ensuring avocados, green beans, pears and other foods are found in dry regions like Binga and Gokwe where they are not produced. In cases where food like fruits are in short supply or out of season locally, the market has power to import, which is why apples, oranges, pears and pineapples can always be found in the market irrespective of season.

If developing countries are not careful, they are going back to shunning their own products in preference for processed foods. For instance, they can be easily misled into believing that none of their own local foods contain iron, zinc or other vitamins being promoted as additives through bio-fortification.

When one bean variety gets all the attention and promotion at the expense of more than five bean varieties that have been feeding people for decades, confusion becomes the order of the day.

An impression is created that communities have been eating the wrong food all this time. What does that say about hundreds of other bean varieties and white maize varieties being promoted by dozens of seed companies? Many consumers are still confused on how to differentiate bio-fortified from genetically modified products.

They are convinced food should grow naturally and should not be manipulated by inserting some additives or elements that should be found naturally in food. Researchers and food scientists in developing countries should be careful not to downgrade locally produced commodities in favour of processed foods whose final production requires foreign currency to import knowledge and technologies.

Very few African countries have world-class laboratories that can manipulate crop varieties with higher levels of precision and efficiency. Where should promotion start? If it is a production issue, bio-fortification promotion should start from farmers and traders who already handle diverse food. Many farming communities already have red and yellow maize varieties. It is better to start from food systems existing in communities ranging from wild fruits to field crops and discover which vitamins already exist.

Developed countries consume processed products because they do not have consistent food supply due to extreme weather like cold which makes it virtually impossible to produce food in winter as well as extremely hot summers which also negatively affect food production.

Whenever a product is processed, something is added or subtracted.

How do researchers in developing countries translate imported terminologies like bio-fortification or recovery and resilience framework tool into vernacular languages used by the majority?

Without home-grown theorisation and application, researchers in developing countries cannot develop correct assumptions and research pathways in order to monitor progress towards adoption.

Most project-based terminologies brought by development agencies are predatory and transitory, only lasting for the duration of particular projects.

They are more of identity labels connected with abbreviations of projects rather than well theorised and researched strategies that can benefit the entire community or country.

Funders continue to influence theories and methodologies through which local knowledge is generated and applied.

Nobody is connecting dots from diverse development projects to national strategies anchored on the knowledge produced by different projects. Instead of importing approaches and concepts or allowing funders to dictate food research and promotion at the expense of existing diversified food systems, policy makers should shift the attention of funders to the most relevant research that touches many ordinary people’s value systems.

Funding allocations should not continue to value international significance over local relevance. 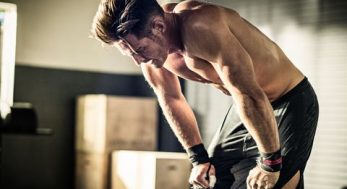 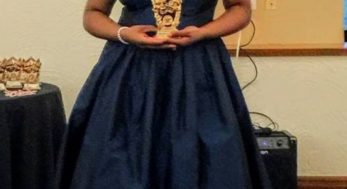 Haircare Tips: Solution to Your Frizzy Hair Lies in Your Kitchen – India.com